Ranjith jump-started his career as a playback singer in 2002 after his mesmerizing finale performance in Sun TV’s Saptaswarangal, where he emerged as a winner. He has sung over 1000 + songs in South Indian languages including Tamil, Telugu, Malayalam and Kannada.

Ranjith’s skill with instruments like the piano, guitar and mridangam has helped him broaden his musical horizons from playback singing and classical kutcheris to producing Independent songs and jingles. His playback journey has also given him the opportunity to work with music legends like Illayaraja, AR Rahman, Mani Sharma, Vidhya Sagar, Bharathwaj, Yuvan Shankar Raja, Karthik Raja, D.Imman, Anirudh, Harris Jayaraj, S A Rajkumar, Thaman.S, Sundar, Deepak Dev, Oussepatchan and many more renowned musicians of all time.

Yes! I want to join PaatuClass!

Who Is this course for?

Anyone who wants to begin their journey with art by learning the fundamentals of singing.

People who want to explore their hobby and understand the pillars of singing.

We understand if you are a busy, perpetually occupied career professional. But we urge you to follow your passion. Take a breather… And join us!

Anyone who has prior knowledge in music, newbies, extremely busy career professionals who just want to wind down for a few days and take a break by learning something new, college and school students who want to add on to their roster of achievements and talents.

What You Will Learn

How to take any song you like and modify it to suit your voice and pitch preferences.

How to use scales in order to strengthen your vocal range and improve the power and control of your voice.

The fundamentals of how to control your breath and produce vocal notes by modulating your tone.

The fundamentals of tempo and rhythm and how to begin sharing your music with the world.

Skills you will gain

Shareable Certificate issued by The Pallikoodam

Get on to our platform to undertake 100% online courses.

Understand all the different ways to pursue your passion and turn it into a career!

We offer specially crafted courses based on your music preferences.

You absolutely do not need any prior knowledge in music to take up this course! We aim to establish a foundation that will help you give life to your passion!

Level 1 of PaatuClass is a 8 weeks course.

Classes are both interactive and filled with lesson plans and assignments to urge you to explore the art further.

We at The Pallikoodam encourage you to both listen through art forms, and express yourself through it. Our course will teach you how to appreciate music.

With PaatuClass, you can now take the first step in your singing journey to explore the path to becoming a vocalist. PaatuClass provides you with the essential skills to explore your own unique vocal style and sing effectively.

The course begins with the fundamental concepts that allow you to understand the essence of vocal notes, and how to reproduce them effectively.In PaatuClass, you’ll explore your own vocals and learn how to use them efficiently. You’ll understand various concepts that form the basis of singing, and from there, you will learn how to improve your vocal control and how to identify your effective vocal range in order to develop your own personal style.

As you progress, you’ll develop the ability to sync with tempo. You’ll learn the fundamentals of timing, how to explore different rhythmic patterns, and the nuances of lyrical delivery. You’ll also learn how to modify a song of your choice and make it your own. This will be followed by an in-depth view of how to record and share your ideas with the world.

Our instructor, Ranjith Govind, will also share his personal insights that have contributed to his successful career in the music industry, and how you can apply them in your own singing journey. Upon successful completion of this course, you will be able to sing confidently in your own vocal style as well as understand how you can take the next step towards sharing your work as an artist. 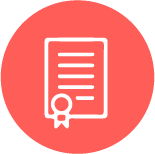 Complete The Lessons And Homework Assignments

All the lessons and homework assignments will be delivered to you on a scheduled basis. Complete them within the recommended time and ensure that you follow the practice guidelines provided during the course. Visit your learner dashboard to track your course enrollments and your progress, and complete whatever is pending to earn the certificate. 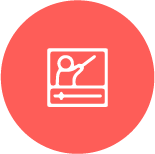 Ensure that you are present during the Live Sessions with your instructor Ranjith Govind as he will be offering different ways to approach the course material, and also answer some of the questions that you may have regarding the process. 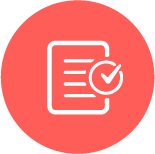 Upon successful completion of the course, you will receive a certificate from The Pallikoodam that can be added to your profile. Further, it will also make you eligible for various advanced courses that come up on our platform.

The Pallikoodam’s holistic course designs have enabled me to not just learn the fundamentals, but also retain all of the basics that I had previously undertaken courses in. The instructors take utmost care to ensure that we learn every important aspect of the course

The Pallikoodam is a great virtual learning place! What sets them apart is the amount of personal involvement they have with the learners in the course. I thoroughly enjoyed the live sessions and am looking forward to the next set of courses! 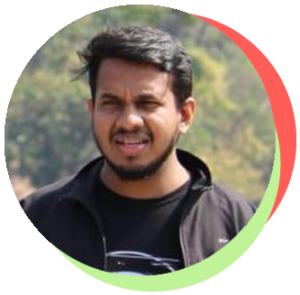 I am a carnatic singer, and PaatuClass helped me practise and keep in touch with my fundamentals of music very effectively. The beauty of this course is that it takes your preferences into account and devices your learning based on that. This course consists of a series of lessons in which Ranjith will take the learner through the fundamental concepts, demonstrations and exercises that are relevant to the art of Singing.

The lessons are mostly presented in video format and live sessions. We will also be providing learners with homework assignments and practice. In addition, PaatuClass will also have built-in quizzes and surveys within the online learning platform.

The assignments will be personally reviewed by Ranjith.

2. What is the course schedule?

PaatuClass Beginner Level is a 4-week course. The course follows a system where students will be given access to lessons on a scheduled basis. The first lesson will occur at the start of each week, and each subsequent lesson will be made accessible in regular intervals.

You can do the class at your own pace whenever it’s made available to you.

The live class timings alone are fixed. It will be from 6.30 to 7.30 pm IST on Sundays. This time is usually comfortable for learners from India, USA, UK, UAE, EU, Malaysia, Singapore and Sri Lanka.

3. Can I get recorded versions of the live sessions in case I miss them?

We highly recommend that you attend all the lives. However, if you miss it, the recording of the live will be uploaded in your course dashboard on the same day.

4. I don't have any experience in singing, can I join?

PaatuClass is for everyone, all you need is the passion to sing. We will walk you through the basics and work with you to improve your skill. You can definitely join.

5. Where can I see the course fee?

Please click on the green button at the top or bottom of this page that says ‘Yes, I want to join PaatuClass’ to see the course fee and proceed to payment.

6. I have learnt singing, will PaatuClass be useful for me ?

PaatuClass is designed in a way where everyone can benefit from it. For an experienced singer, the finer nuances in singing can be discovered. Ranjith also gives personalised feedback on which areas can be focused on.

7. Is there any age limit to join PaatuClass?

However, we have had learners as young as 9 and parents that have joined with their little ones to explore the joy of singing together.

Come, see for yourself!

8. What are the basic technical requirements for PaatuClass?

A stable internet connection ( atleast 1.5 mbps) and a smartphone.